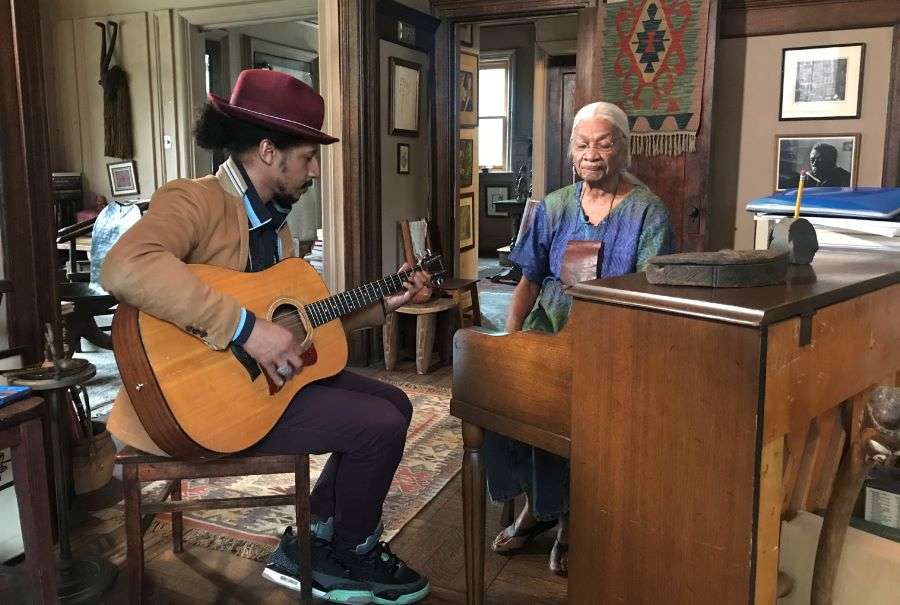 WHY IS WE AMERICANS?

Ayana Stafford-Morris is a Newark-based filmmaker with a passion for her city and arts education. After working at networks such as VH1 and News 12 New Jersey, and compelled by the urban struggle, she decided to pursue a career in education in her native Newark, teaching Film as a Medium at Malcolm X. Shabazz High School. Unable to ignore her original passion, she then decided to become an entrepreneur and founded the production company Leopard Stripes Productions LLC. In May 2014, Stafford-Morris produced a documentary following the Newark Mayoral election called THE RACE TO SAVE BRICK CITY. She also created an online youth-based talk show, TTYL. Stafford-Morris strides to create diverse content that is socially conscious while staying true to her cinematic aesthetic.

Amina Baraka is an American poet, actress, author, community organizer, singer, dancer, and activist. Her poetic themes are about social justice, family, and women. In the 1960s she became a part of the Black Arts Movement and a founding member of the Newark Art Society. She was also the founder of the African Free School in Newark. Her son, Ras Baraka, is currently the Mayor of Newark.

Harriette Cole is the founder of DREAMLEAPERS, a multi-pronged educational platform designed to help people access and activate their dreams. She hosts a weekly radio show on WBAI, entitled DREAMLEAPERS® with Harriette Cole on which she interviews individuals who have successfully manifested their dreams about their journey. Cole is a life stylist, nationally syndicated advice columnist, best-selling author, media trainer and executive presence coach.

POSTPONED - Be on the lookout for a rescheduled date!

Get Tickets
Directed By:
Udi Aloni
Cast:
Synopsis:
By turns kinetic and intimate, WHY IS WE AMERICANS? is an in-depth, cinematic exploration of Newark's legendary Baraka family. Spanning decades of social activism, poetry, music, art, and politics, this kaleidoscopic family saga is illustrated by on-camera interviews with Ms. Lauryn Hill, rare archival footage and revealing personal testimonials. As we connect with the iconoclastic poet Amiri Baraka, his wife, Amina, and their son, the current mayor of Newark, Ras Baraka, a portrait of a city emerges with an inspiring call to arms in the fight for class and racial justice.
Close