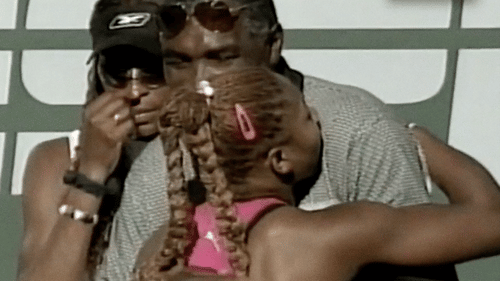 ON THE LINE: The Richard Williams Story - Feb 8!

ON THE LINE focuses on the father of tennis legends Venus and Serena Williams, retracing his life and efforts to secure a place for his daughters in the historically white world of tennis.  There will be a pre-film reception at 6:30 p.m., film at 7:00 p.m., and a post-film Q&A with producer Chavoita LeSane (son of Richard Williams), moderated by noted writer and media personality, Harriette Cole.

Chavoita LeSane is the owner of ChaVam LLC, an entertainment company. He has collaborated with legends in the music world such as Byron "CleanFace" Trice, Ted Lucas of SlipNSlide records and Travis Nuckles of Universal Records. He is the son of Richard "King" Willams and helped spearhead his father's memoir, BLACK AND WHITE and currently serves as his manager. He has also delved in the film/v world where he has worked on the second season of Netflix's second season of "Hip Hop Life" and AMC's "Streets of Compton."

Get Tickets
Directed By:
Stuart McClave
Cast:
Synopsis:
In this emotional reckoning featuring unaired interviews spanning the 1980s to now, Richard Williams — the father of tennis legends Venus and Serena and the son of a cotton picker — retraces his family’s journey from the poverty-stricken streets of Shreveport, Louisiana to the grass courts of Wimbledon, fighting back against systems of racial oppression and violence and breaking every rule of the lily-white tennis establishment to forever change the sport. The screening will be followed by an engaging Q and A with filmmakers Chavoita LeSane and Stuart McClave moderated by media personality Harriette Cole, noted author, nationally syndicated columnist and weekly radio show host.
Close